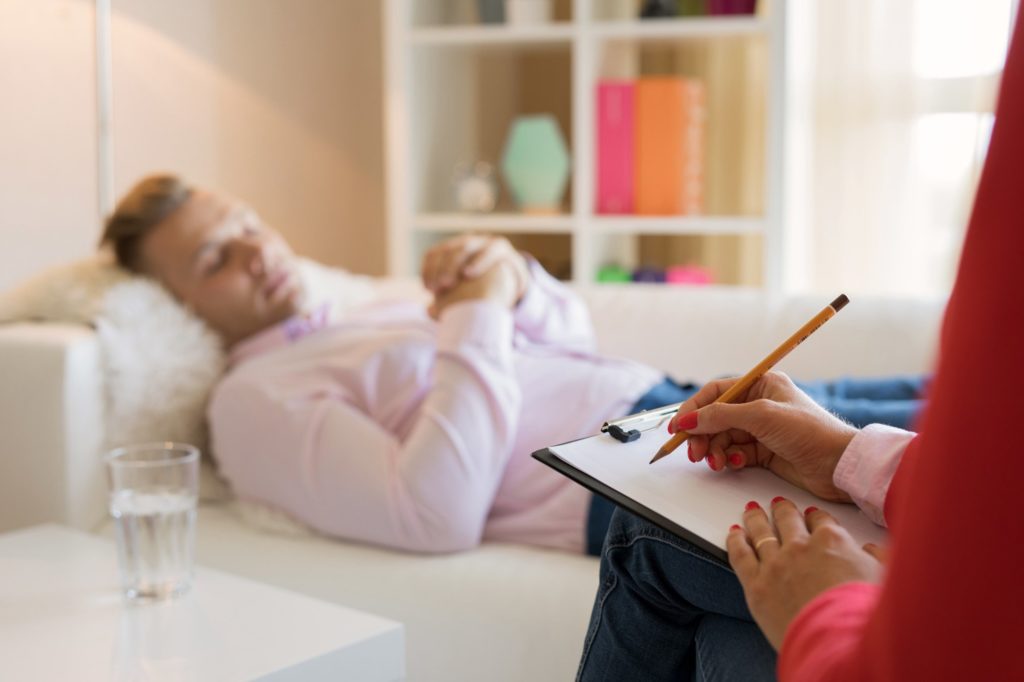 When you hear someone talking about hypnosis, what comes to mind?

You might be thinking of a magician-like man swinging a pocket watch back-and-forth, trying to convince you to forget who you are or to act like a chicken. This is a common thought for many people, but hypnosis is so much more than that.

Psychologists have been using hypnotherapy for years as clinical practice. It has proven to be particularly therapeutic for treating patients with PTSD.

In this article, we will explore how you can use hypnotherapy for PTSD treatment. Keep reading to learn more.

Before you can understand this type of treatment, you first need to have a good understanding of PTSD.

So what is PTSD? PTSD, also known as post-traumatic stress disorder, can occur in those who have seen or experienced a traumatic event. About 8 million adults in America receive a new PTSD diagnosis every year.

We used to think that only war veterans could have PTSD. We now know that it can occur in people of any race, nationality, culture, and age. During World War I, PTSD was often referred to as “shell shock”, and later “combat fatigue”.

Those who experience PTSD often suffer from other related conditions. These could be anxiety disorders, acute stress disorder, or reactive attachment disorder.

Symptoms of PTSD vary from patient to patient but can include the following:

Intrusive thoughts could be troublesome dreams, involuntary memories, or flashbacks. Flashbacks are often a very serious symptom of PTSD. They can be so vivid that it feels like you’re living through the trauma over and over again.

Reactive symptoms are the quintessential “hypervigilance” that the media associates with PTSD. They involve a direct response to something going on in a person’s surroundings. Violent or angry outbursts, self-destructive tendencies, trouble sleeping, and heightened sensitivity are examples.

There are a lot of things that can trigger symptoms, including smells, colors, sounds, places, or activities. It is common for patients with PTSD to avoid these triggers and reminders whenever they can. This might mean that they skip out on family events or avoid driving on busy roads.

Negative thoughts and feelings can be things like low interest, detachment from others, guilt, lack of trust, or ongoing fear. These might be always present or triggered by stress.

A patient with PTSD may have all or only some of these symptoms. No two people experience the disorder in the exact same way.

There are a variety of things that can cause PTSD. Any sort of event that is traumatic to the patient can trigger a PTSD response. This could include patients who were not actually experiencing the event but heard about it later from someone else.

Traumatic events could be natural disasters, war, rape, serious accidents, assault, or witnessing the death of a loved one.

Determining the cause of PTSD is crucial for understanding and treating each patient.

With suggestion therapy, therapists use a hypnotic state to allow the patient to better respond to suggestions. This method helps patients control symptoms such as nail-biting or aggressive behaviors.

Another component of hypnotherapy is using a hypnotic state to allow the patient to relive whatever traumatic event is causing the PTSD. This addresses the freeze response, which occurs from the inability to take action during a traumatic event. Think of fight, flight, or freeze.

PTSD can be a result of being stuck in the “freeze” state. Hypnotherapy can help to address these unresolved feelings of helplessness and usher them into conscious awareness.

While hypnotherapy is often a last resort for people, there have been many studies that show it’s effectiveness as a psychological treatment. Here are a few studies:

In 2016, six experiments tested the efficacy of hypnosis based treatments. Results ended in favor of hypnotic treatments, and remain strong after a four-week follow-up and long-term evaluation at 12 months. This study concluded that hypnotherapy was an effective treatment in alleviating PTSD symptoms.

Another study showed that hypnotherapy is an effective modality for treating PTSD related symptoms. The study also concluded that hypnotherapy could speed up the healing process. Therapeutic hypnosis could result in a positive treatment outcome by addressing coping skills, promoting a sense of competency, and working through traumatic memories.

A similar study published in 2016 found that hypnotherapy is a strong candidate for the treatment of PTSD symptoms. The diagnostic criteria for patients in the study were exposure to death, serious injury, or sexual violence. Researchers used both suggestive therapy and psychoanalysis in the study.

Could Hypnotherapy Be Right for You?

If you are one of the millions of adults suffering from PTSD, hypnotherapy could be right for you.

Not only does hypnotherapy allow you the opportunity to relax and focus your mind, but with a skilled therapist, you will be able to revisit the traumatic experience that’s been haunting you. This will help you determine the specifics of the experience that are causing the PTSD, allowing you to address them head-on.

Book an appointment with us today for a free consultation to see if hypnotherapy for PTSD could be right for you.